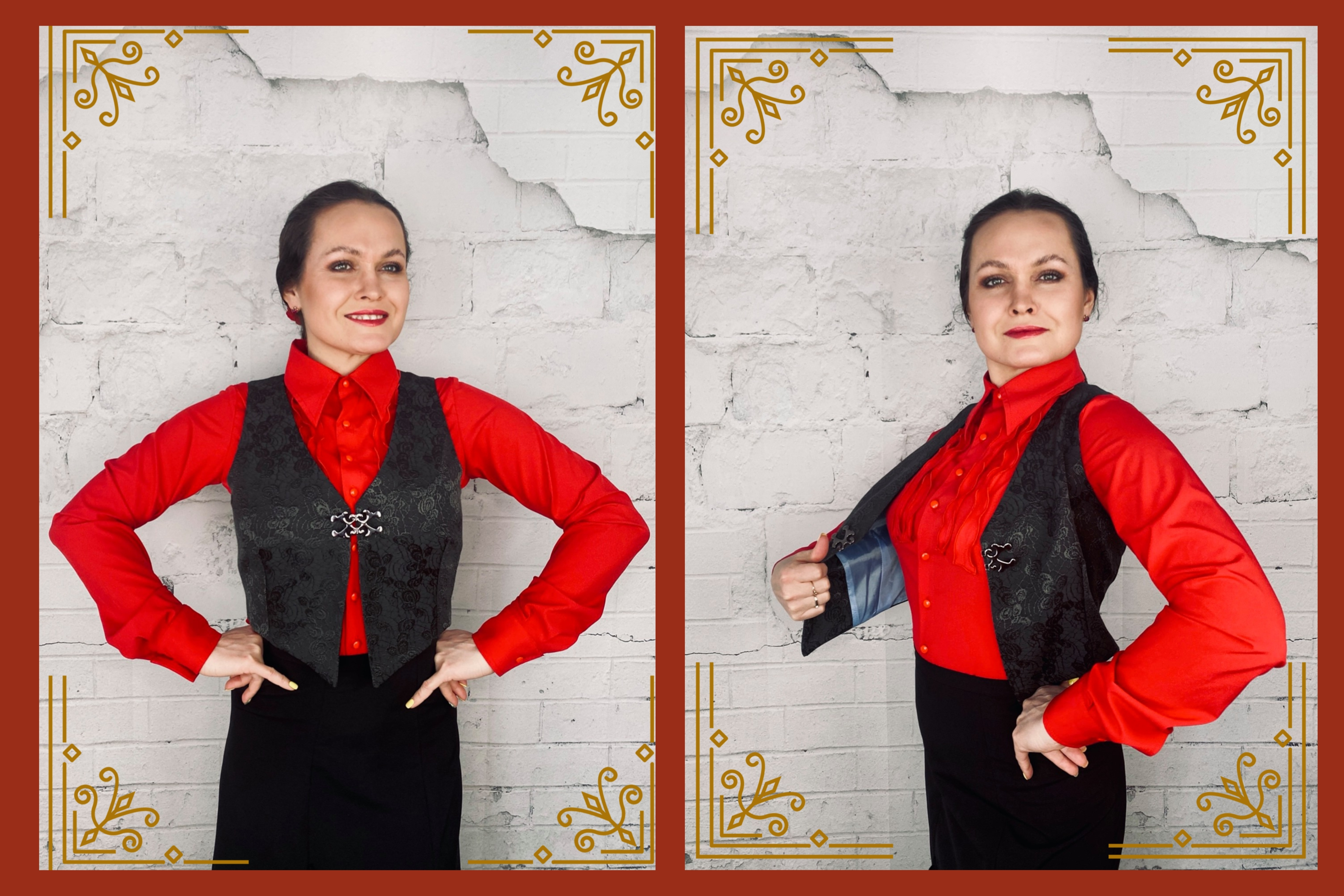 For a couple of years now, it’s been increasingly more present on women’s fashion show, even though, originally, it was considered a part of men’s wardrobe. Any idea what "it" is? You guessed right - today, we want to share with you the story and trends regarding… the waistcoat.

The waistcoat is a piece of clothing covering the torso, very fitted, fastened, worn under jackets, tuxedos, tailcoats or directly over the shirt. Usually, it has no sleeves nor collar.

The waistcoat entered the fashion world around 1670, and later on, it started gaining popularity among women. At the time of its conception, it was a far different waistcoat than the one we know and wear today. It was knee-long and worn under a caftan, the so-called "justacorps". As time went by, the outfit evolved with changes to its length, cut, collars and pockets.

The popularity of the waistcoat peaked during the reign of Charles II Stuart, who opted for a modest and simple attire after the great fire of London in 1666. The 18th century saw the shortening of the waistcoat. At the time it also gained a trouser revealing cut, which we can see to this day. Embroidery, buttons, hooks, another layer of fabric - they all started appearing on waistcoats. Upper classes favoured double-breasted waistcoats, which lost sleeves and became even shorter - now it stopped at the waist.

At the beginning of the 19th century, the waistcoat becomes the most ornamental part of men’s attire. It had various cuts, finishing and embroidery. The most ostentatious waistcoats gained popularity among dandies, artists who relished in sophisticated elegance. Sometimes, they wore two waistcoats one over the other with various fastening configurations. In the Mid 19th century there emerged a tendency to tone down the patterns and cuts, and thus the waistcoats became more in line with other clothes.

The 20th century depleted the importance of a waistcoat in men’s wardrobe, although it kept being an important element of the suit or the evening attire. Fashion historians claim that such a decline in popularity was linked to the appearance of wristwatches which automatically decreased the demand for pocket ones which were often worn in waistcoat pockets. At the same time, new knitted waistcoats appeared - worn under coats with a more practical than ornamental role.

The end of the second world war brought about a real fashion revolution with new trends and young designers taking the centre stage. Three-piece suits were now worn mostly by men from the older generation, more conservative in their fashion choices. The importance of a waistcoat kept decreasing till the decade of the 60s when it reentered the closets of the Edwardian style enthusiasts. It was also worn by young men - the so-called ‘teddy boys’ who were recruited from lower classes. The waistcoat became popular in various social circles. The sixties also saw the emerged a new trend in the way waistcoats were designed and made - they were completely detached from what was previously known, different from formal men’s clothing. There were now bright colours, patterns, sequins, shiny buttons, fringe, patches, and even ethnic prints.

These days waistcoats mostly serve as a complement for elegant men’s attire both day and evening. They pique the interest of renowned fashion designers and fashion labels such as Jean Paul Gaultier, or Dolce&Gabbana, who promote the waistcoat as a stylish accessory of a true gentleman.

And what about women’s waistcoats? Fashion historians claim that around 1770, already sleepless and shorter, the waistcoat became a part of female’s clothing. Still, it wasn’t very prevalent. The twenties brought its renaissance. It was the era of women’s emancipation. Women finally got the right vote, they worked, smoked and went to the cinema. Many took over the duties of their husbands, brothers, fathers, who had gone to war. It was also the time when Coco Chanel appeared on the horizon. Her ‘masculine designs’ inspired awe - simple, loose, comfortable, almost boyish cuts, hair combed back, trousers and yes… waistcoats. From that moment onwards waistcoats started to feature regularly on runways. Marlena Dietrich was among its biggest fan and promoters. They remained on top until the forties only to come back with the hippie movement in the sixties.

The year 2020 is a true comeback of the waistcoats - long women’s waistcoat is an absolute fashion hit. Designers find interest in both elegant waistcoats, and the knitted ones which remind something you’ll find in your grandma’s wardrobe. You can spot waistcoats at numerous runways: Gucci, Givenchy, Fendi, Diora, Prada, Lacoste. They can be worn with a suit, Bermuda shorts or a jacket, as showcased at Max Mara’s fashion show. Hedi Slimane of Celine suggests a black waistcoat worn loosely over a shirt paired with bell bottoms, while Yves Saint Laurent combines a navy blue waistcoat with shorts.

Waistcoats look great with jeans, T-shirts, dresses, shirts and even sports shoes and hoodies. They will perfectly complement a look composed of a long sleeve, black skinny jeans and boots. You can put it on nonchalantly over an uber-feminine chequered or floral dress, or a jumpsuit. Waistcoats will be perfect for any given occasion - so it is worth making sure to have a couple stored in your closet. They will complement your perfect look for that special night or even for a day like every other day.

In flamenco fashion waistcoats have also found their home and enjoy huge popularity. They are sure to add elegance to every outfit. You can wear them with Ardora shirt or put them over a dress. And they are even more useful when it comes to dancing - you can even use them as props. Our Farruca waistcoat has an ornamental broach fastening and the choice of colourful lining, which can enhance your overall stage look.