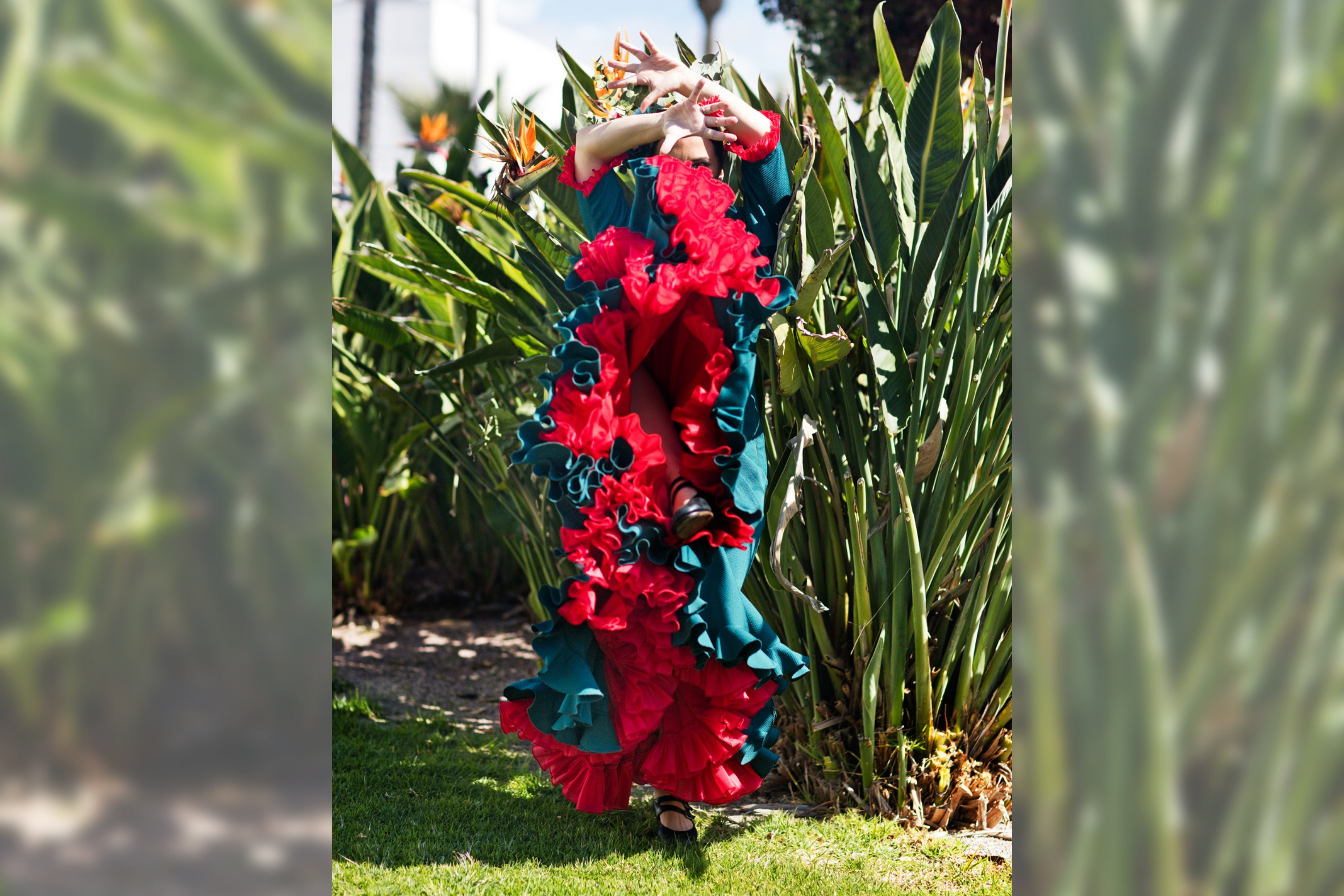 It’s been years since ruffles stormed into the realm of everyday fashion. And yet, many still associate it with flamenco and gipsy music. They become increasingly more visible on grand fashion shows and in top designers’ collections.

There is no doubt that ruffles make our mind wander straight to Spain, or Seville to be more precise. They are an intrinsic element of flamenco dresses, appearing on the sleeves, necklines and hemlines. While the traditional flamenco outfit (traje de flamenca) originates from the Andalusian culture of gipsies and folks people, many years later, it was adopted by women from the upper classes. At the beginning of the 20th century, it became an official outfit worn for Feria de Abril - a colourful, annual festivity organized in Seville. Feria fills the city with colours, flowers and lights. And all of that gets reflected in clothes. Traditional traje de flamenca is a full-length fit and flare dress adorned by numerous layers of ruffles. The look would not be complete without flowers, big, plastic earrings, beads and characteristic wedges.

For ages, ruffles have been adorning dresses, blouses and even hats serving as embellishments, especially when they were accompanied by lace, pearls and precious stones. Over the centuries, ruffles served also a more practical use. Aristocrats would attach them to their beautiful evening gowns with buckles or buttons so that they could be quickly detached and washed thus giving the gown a fresh look (the idea of washing clothes had little in common with today’s concept of hygiene). French queen, Marie-Antoinette, is known to have enjoyed dressing up as a peasant. However, even aprons donned by the queen and other aristocratic women, which were supposed to imitate the clothes of the lower classes, had to be chic, so you could expect plenty of ruffles.

At the turn 20th century, in the Belle Epoque, women would wear walking dresses bound with V-shaped ruffle poised to create an illusion of a deep neckline at the same time, keeping it from being too revealing. Ruffles also appeared on sleeves to lengthen them to the elbow, a feature of utmost importance at the time. In the twenties, the streets abounded with dresses adorned with lace and numerous layers of ruffles. The fifties were the time of Brigitte Bardot and her style, which accentuated the chest and hips with dresses decorated with ruffles, buttons and ribbons. There is no doubt, it was the time when flirtatiousness and sex appeal reigned supreme! In the seventies, ruffles appeared on blouses and shirts especially in the form of massive jabots worn by both men and women. And there is no denying how crucial the colourful fashion of the hippies was for the growing popularity of clothes with ruffles and puffed sleeves. Flower children brought colours to grey streets. In the eighties, the time came for short and flared lambada skirt with ruffles worn by young girls and women everywhere in the world.

Ruffles have been in fashion for a couple of seasons, even in the biggest fashion houses. Dresses, blouses and skirts with ruffles could be seen, for example, in Chanel’s spring-summer 2020 collection. Dior presented short, white ruffle skirts, while Alexander McQueen’s label showcased ruffles and puff sleeves in their beautiful and sustainable spring-summer collection. Simplicity, lace, fancy prints, asymmetric necklines, details, and of course ruffles big and small…

Ruffles are a great mean to enhance the silhouette, and that why they have become a prominent feature of the flamenco dancer’s outfit. They attract the spectators’ gaze to the dancer’s movement, thus being a perfect example of stage and clothing symbiosis. Be sure to notice them - colourful ruffles are everywhere, and they are truly on-trend right now!