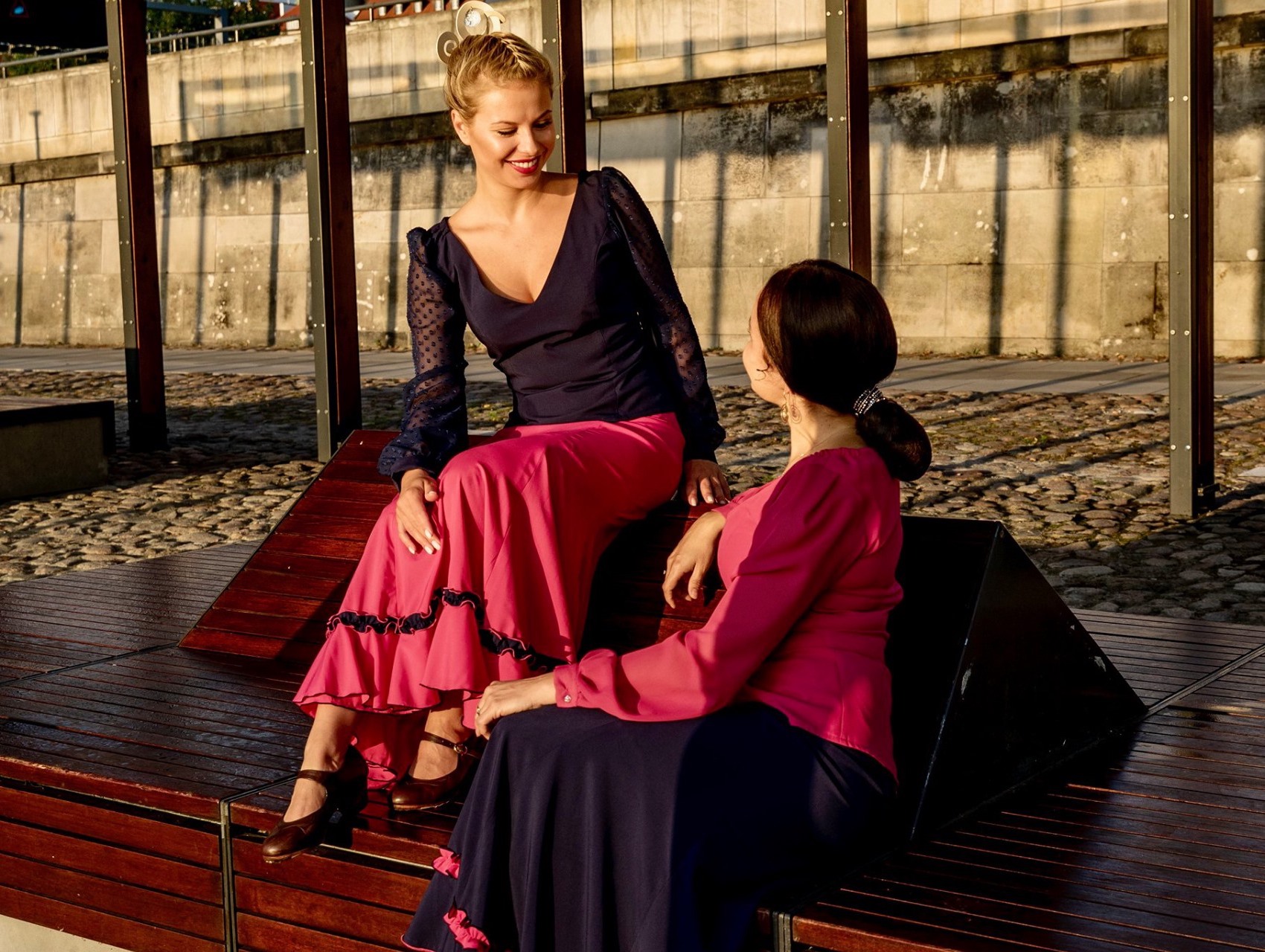 The notion of flamenco emerged around the 18th century. Even though its etymology has never been fully explained, most researchers believe it derives from the Latin term ‘flamma’ which means ‘flame’, which can be linked with the fiery character of flamenco song and dance. Other researchers claim flamenco was brought to Spain by the Gypsys from Flanders, and that the word itself comes from the Spanish term for that region.

According to yet another theory it originated from the word ‘fleming’ which in the 16th century used to describe a cunning person. At the time the Spanish court was dominated by the Flemish aristocracy – generally despised by the commoners. Since the Gypsys were considered to be frauds their art was called flamenco. Other flamencology experts notice the resemblances between flamenco art and a flamingo (called flamenco in Spanish). They tend to liken dancers’ clothing with their ruffles and colours which accentuate a wide range of dance figures to eccentric moves of this exotic bird.