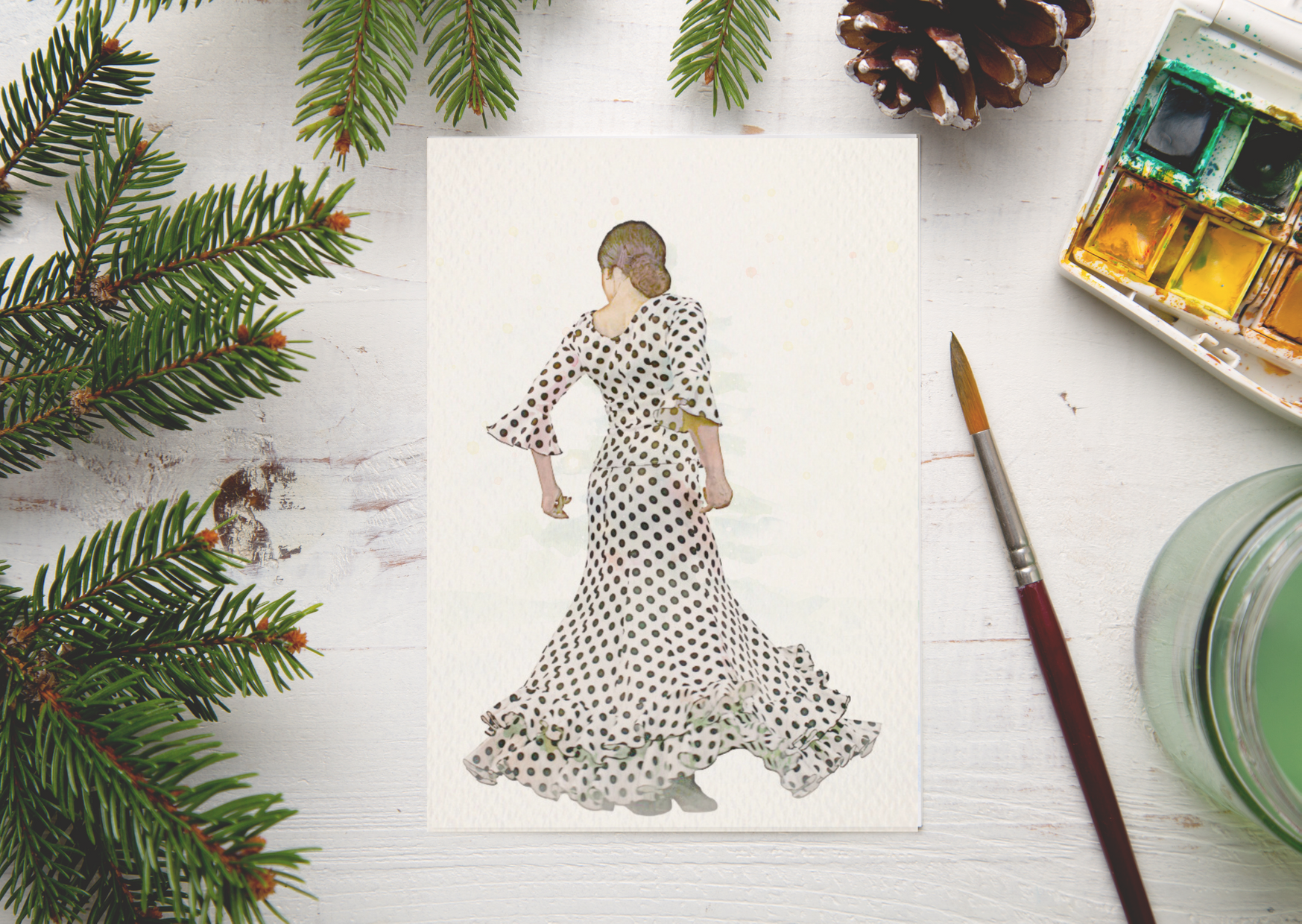 How does the Christmas time looks in Andalusia, the cradle of flamenco? Have you ever heard the word - zambomba? It is a drum-like instrument that has a stick inserted through the skin, and the stick is moved up and down, creating the rhythm. Small cymbals are normally attached to the stick to give extra effect, and these zambombas would normally be made from an old paint tin or terracotta flower pot, with a membrane stretched over the top and a stick inserted through it. But it is not the instrument that we want to talk about together. Zambomba is also it’s also a celebration that takes place in Andalusia in the run-up to Christmas. Friends and relatives gather in courtyards, squares or flamenco peñas (associations) to sing flamenco Christmas carols – accompanied by instruments such as zambombas, tambourines or even guitars and spiced up with local wines, traditional sweets and cold meats. The whole family would join in, from the grandparents right down to the smallest of children, performed in a multitude of rhythms including those of the tiento and bulería, and sang songs which are often a mix of religious and profane lyrics.The villancicos (Christmas carols) that were originally peasant songs, but have now been flamencoized and sung at Christmas time.It was customary for the gypsies (especially in areas like Utrera in Seville or the Barrio Santiago in Jerez de la Frontera) to hold a fiesta during the week leading up to Christmas in a celebration that would start with a Matanza, the ritual killing of the pig. The whole family would sit around an open fire, to eat, drink, and sing these festive songs. These days zambombas are especially popular in the city of Jerez, with dozens scheduled around the city from the end of November. Flamenco zambombas are way more participative than other flamenco styles, which are usually focused on one or two singers, one or two guitar players and one or two dancers. When it comes to zambombas, the more, the merrier – everyone can sing or play an instrument – as long as they know the music and lyrics. If not, then sit back and enjoy the warmth of the Christmas carols.